Well, we are in New Zealand, and the temptation to jump ahead and write all about Christchurch is strong, but I will resist – that would not be fair on our last week in California, and weeks get upset easily by that sort of thing.

So I shall begin where I left off, at the end of our Pacific Coast jaunt. Leaving San Diego last Monday morning we turned inland, making for Sequoia National Park. Originally we had planned to stay in San Diego only two nights and pay a visit to Joshua Tree National Park en route to Sequoia. We changed our plan partly because we were enjoying San Diego and wanted to stay longer, and partly because we realised that if we were not careful we would end up spending more time driving than appreciating the parks themselves.

We arrived in Sequoia National Park late afternoon on Monday, made camp and stowed all our food in the large metal bear-proof lockers next to each pitch: the couple in the next pitch told us they had spent most of the previous evening bashing pans and shouting to keep a young male bear at bay. Fortunately, or unfortunately, depending on whether you are more interested in safety or good photographs, there were no bear sightings that night. We went for a quick drive through the park, before returning for a simple dinner (tortilla wraps were a regular mealtime fixture during our two weeks on the road), and an early night. 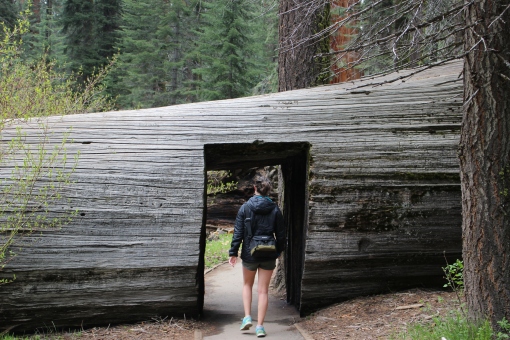 The General Sherman Tree – largest tree in the world and not easy to get in one shot.

On Tuesday a seven-mile walk (or trek, if you are American) gave us a great sample of the park’s offerings. The Giant Forest, imaginatively named by John Muir, the Scottish (or Scottish-American, if you are American) naturalist and adventurer, contains the world’s largest trees. The Sequoias, or Giant Redwoods, are not the tallest, or the widest, or the oldest trees, but are the ones with the most tree in them, and they only grow on the west facing slopes of the Sierra Nevada. By the end of the walk we found ourselves walking past trees with bases the size of squash courts without giving them a second glance because they were frankly rather average. As well as through the Sequoia groves, some recently burnt areas of woodland and luscious meadows, our walk took us up Moro Rock, a narrow, pointy granite outcrop, for a stunning panorama of the park and the General’s Highway draped carefully around the foothills below. On our way out of the park in the afternoon we stopped to join the hoards paying homage to the General Sherman Tree which, at 83.8m tall, with a circumference of 31.3m and an estimated mass of 2,000 tonnes, is the largest known tree in the world.

From Sequoia National Park we continued north to Yosemite. Here we camped just south of the park for three nights, and could happily have stayed longer (once we had worked out where we could get free showers). Yosemite deserves all the nice things written about it, and surpasses in beauty even the finest photographs taken of it, and if only the National Park Service could devise a scheme whereby there they could substantially reduce the number of Other People in the park without making it harder for me to go, it would be perfect.

Roads only take you to a small portion of the park, much of which is true wilderness. Yosemite Valley contains most of the iconic peaks and waterfalls, and we spent much of our first day in the park driving in the valley, admiring the towering monoliths and waterfalls and taking a couple of short walks, before taking the Long and Winding Road up to Glacier Point, a stunning valley overlook. On Thursday we parked in the valley and followed the well trodden ‘mist trail’ to Vernal and Nevada falls, a beautiful walk following part of the John Muir trail, with great views and great numbers of people. On Friday morning we drove part-way along Tioga Road, newly opened for the season. The road leads to one of few passes through the Sierra Nevada, and, rising to a height of nearly 10,000 feet, offers views of a different landscape from that in the Valley. We drove as Tioga far as Tenaya Lake, where we had a quick lunch, and unfortunately too little time for swim in the inviting but unbearably cold water. 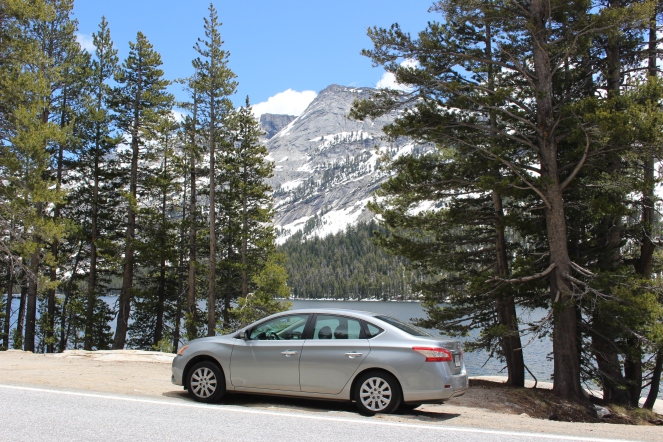 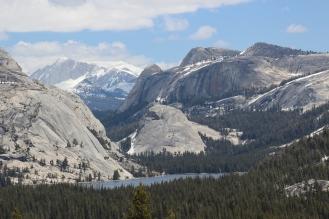 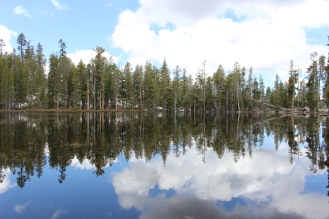 With time marching on and the start of the Memorial Way Weekend traffic to do battle with, we headed out of the park and back to Palo Alto. That evening we met Zoe at Stanford University, where she works as a research assistant, for a quick tour of the campus. It is a pleasant looking place, very neat and ordered, and with buildings names like the William Gates Computer Science Building, the William R. Hewlett Teaching Centre and the David Packard Electrical Engineering Building (the latter two adjacent, pleasingly), it must be an inspiring place to study, if not an especially exciting place to live.

Having neglected the area around San Francisco in our first week, on Saturday we drove up to Point Reyes, northwest of the city. Our route took us over the Golden Gate Bridge – pretty exciting for us but we are assured that with its measly three lanes in each direction, as opposed to five or six almost everywhere else, it is a frustration rather than an inspiration on the morning commute. Interestingly, here and indeed up and down the coast, when the traffic is particularly heavy, drivers will wait at the end of the bridge until they are sure they can get off at the far side, in case of earthquakes. This was one of the first things that one of Zoe’s friends told us when we were talking about driving in California, and, as well as signs by the coast showing tsunami escape routes, shows how the San Andreas fault is always in the back of the minds of West Coast Californians.

At Point Reyes, we walked the ‘Earthquake Trail’, a short circular route with information signs about earthquakes in general, and those in 1906 and 1989 in particular. The trail took us past a point where the fence line stopped and then restarted 16 feet away, the result of ground movement in the 1989 quake.

After our day’s education, we walked down to the beach and ate lunch as we watched some dolphins go past, then drove along to the lighthouse at Point Reyes. On our way to the lighthouse we drove through the small village of Inverness, and then, after questioning the naming of the settlement, through some distinctly but indefinably Scottish scenery. We drove home via Berkeley, which, possibly because it is a public university whereas Stanford is private, felt very different from its neighbour across the bay – grittier, and more ‘studenty’, although still a very attractive campus.

Sunday, our last day in the States, was a beautiful sunny day, and we could think of no better way to spend it than sampling the local produce in California’s wine country. Luckily, we had no need to, as Jocelyn, a friend of Zoe’s whom we met at the Eurovision Brunch, had offered to take us wine-tasting and organised an excellent day out. We drove up to her home in the North Bay area (across the Golden Gate Bridge – still exciting, but we played it cool) for some iced tea, then up to Sonoma County. Sonoma, we are told, is the thinking man’s Napa – less dressy, more free tasters. Our first stop was Jacuzzi Family Vineyards, founded by a grandson of one of the Jacuzzi Brothers of hot tub fame. The Mediterranean courtyards, terracotta roofs and clock-tower could just as easily been the set of a Shakespeare comedy, and the vineyard is obviously a popular wedding venue. Before sampling the wine, we lined our stomachs with bread as we sampled Jacuzzi olive oils and balsamic vinegars in every flavour under the sun (pomegranate balsamic vinegar nice, chocolate olive oil not, just so you know). After tasting some of the delicious wines, including a desert wine served in a chocolate shot glass, we popped across the road to the sister vineyard, Clive’s Cellars, where we bought a bottle and sat on the terrace to enjoy the vast picnic that Jocelyn conjured from somewhere. Having washed that down with a few more free samples, we were ready to lie in the sun like seals. This Jocelyn had anticipated, and she had arranged for us to use the outdoor pool near her grandmother’s home until we were ready to eat again, this time at her local Chinese restaurant. It was the perfect end to a wonderful three weeks in California, and certainly made us question our decision to fly away to winter the next day. 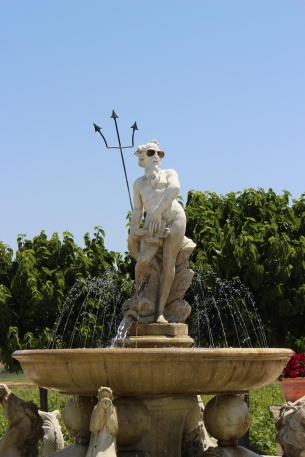 The State of California is roughly 1.5 times the size of the UK, and obviously we only saw a small part of it in our three weeks. We had to be picky and realistic – it seemed a shame to go so close to Mexico but not cross the border, and Death Valley is not that far from Sequoia, and Las Vegas not far beyond that, and the Grand Canyon…. Next time. The highlight for me was the scenery, which, no matter how many pictures you have seen, is always more special in real life. I had seen some of it before on holiday with my family but it deserves – indeed demands – repeat vists.

Three blog posts and a handful of pictures cannot do it justice, especially not these ones. If you are ever flying out to New Zealand, I can strongly recommend a three-week stopover in California.