Lake Waikaremoana (why-carra-mo-arna, or something like that) sits within Te Urewera, a large, remote, densely forested area near the East Coast of New Zealand’s North Island. The Waikaremoana Great Walk follows the western shore of the lake for 46km, sometimes hugging the lake, sometimes climbing high above it through the bush.

Having watched the weather for a couple of weeks to try to find the best window for a four day hike, we packed our bags (we seemed to have more in our bags for this four day trip than when we left the UK for a year), dropped Sam off at a holiday park to play with all the other campervans, and set off from Onepoto, at the southern end of the lake.

The first stage of the hike took us from lake level (around 500m above sea level) to the top of Panekire Bluff, around 900m above sea level. It is a steep and steady climb to begin with, before one has had the chance to lighten ones load by eating, but the view from the top is well worth it.

A few more kilometres along the ridge of the Panekire Range took us to Panekire Hut, where we spent our first night. We arrived around 2pm, giving us plenty of time for a relaxing lunch, wash and read, all the while looking out over the glorious expanse of lake and rainforest below us.

At Panekire we met a chap from Auckland who was doing the Great Walk with the oldest five of his ten children (aged 1-16). Having discovered that children go free in Great Walk Huts, he is now planning a South Island Great Walk Tour, since he can this get accommodation for his whole family of 12 for just $64 per night, the same as for the two of us.

Panekire is supposed to be a prize star-gazing spot, but although we had a beautifully clear night, the moon was too bright to see much. As for local wildlife, we saw a little too much: rats and mice got into our rubbish while we were outside, and even gnawed through my rucksack into a bag of raisins, before keeping us awake most of the night by scuttling around and over the bunks. Such was our state of mind the following morning that when our Aucklander friend greeted us announcing that “Trump won”, I heard “trapped one”, smiled broadly and shook his hand, much to his consternation. The government want to rid New Zealand of non-native pests by 2025; I can only suggest they start at the Panekire Hut!

The next day we dropped back down to the lake shore, again through dense bush, and ate our lunch at the Waiopaoa Hut, before continuing a short way along the lake to the Korokoro campsite, where we dropped our packs, pitched our tent, and followed the Korokoro stream up to its fairly special 22 metre waterfall.

That night we had the campsite to ourselves, and after a refreshing (read ‘freezing’) bath in the lake, enjoyed a few tranquil hours’ reading and tea-drinking before the possums came out.

The non-native possum is universally loathed by New Zealanders for the damage it does to wildlife  (especially kiwis) and trees. Sweet old ladies out driving will swerve to hit possums, boys chase them with sticks, and a possum hunt is a popular – and effective – charity fundraiser (possum fur and merino wool is a popular mix for New Zealand winter clothing, and one can get $120 for a kilogramme of fur). The Lake Waikaremoana possum, it turns out, is fearless and cheeky, and enjoys nothing more than sitting on top of possum traps and laughing at your attempts to scare it off.

Day three took us through more native bush, mostly along the lakeshore. We camped at Waiharuru Campsite, notable for stunning views, duck poo and rain. Although we were woken by the downpour during the night, we were grateful, for the first time, that we had brought a relatively, but large and sturdy, heavy tent. The only other campers in the site apparently evacuated their expensive lightweight trekking tent during their night and slept on the concrete floor of the cooking shelter. 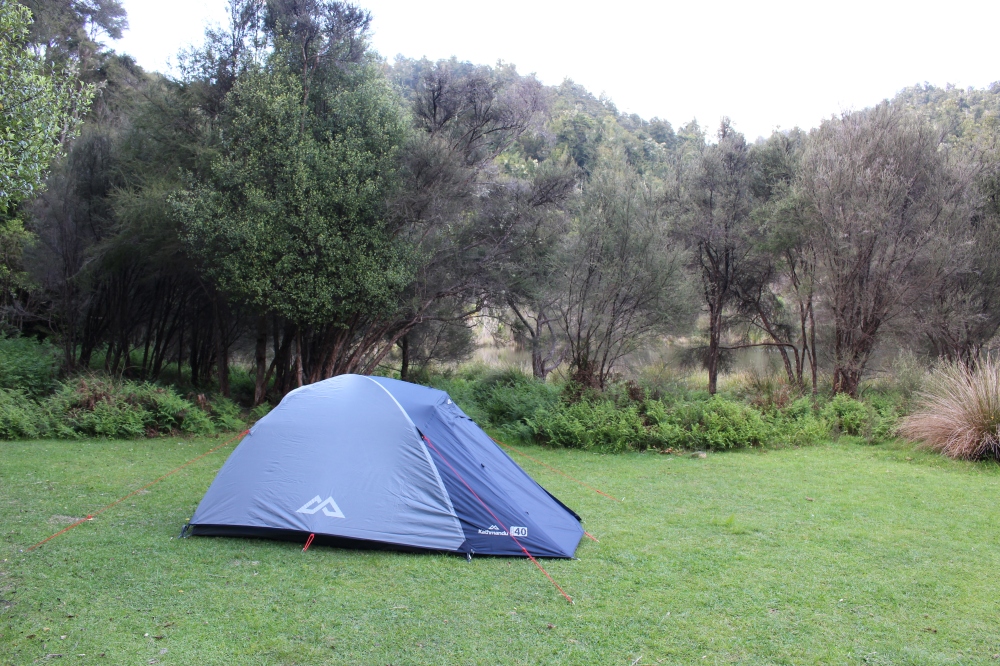 On our fourth and final day we had just two hours of walking to get us to our pick-up point at the Whanganui Hut, from where a 20 minute water-taxi ride back to the bottom end of the lake made a mockery of all our efforts of the previous three days. 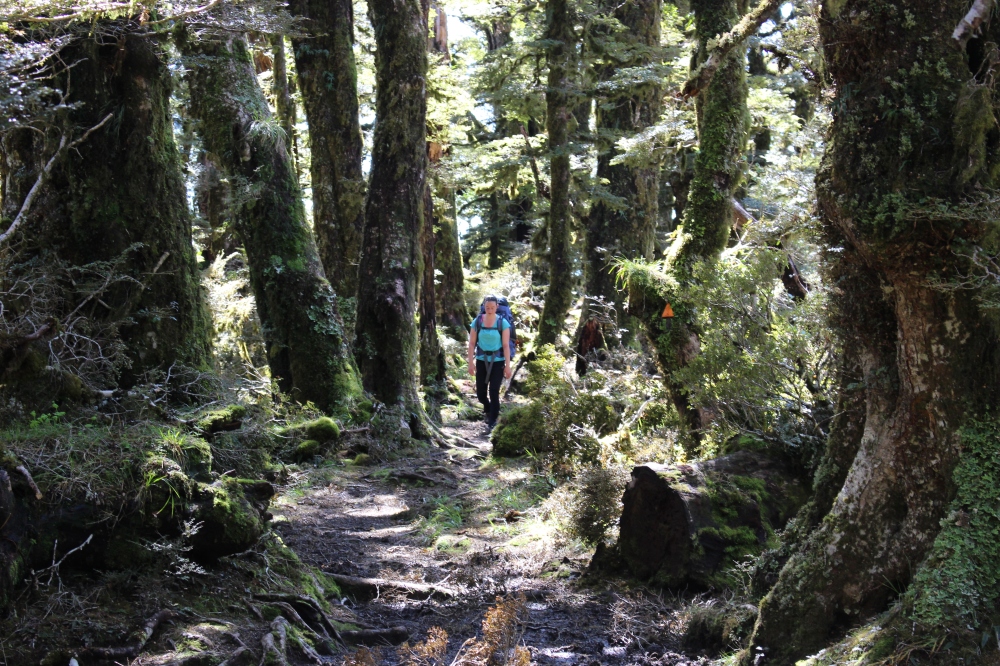 Not taking into account food and equipment, we estimate that the Lake Waikaremoana track cost us around $220 (£120). We walked on the first day with a couple of couples from the Czech Republic who, along with other trampers we met, had planned on doing the full walk but had been put off by the cost. Since it is a one-way tramp, and there is no road access to the far end, one is obliged to take the water taxi run by Big Bush Motor Camp at $50 per head. Adding to that the cost of staying in Department of Conservation (DOC) huts, at $32 per person per night, or campsites at $16 per person per night, and going for a walk becomes an increasingly expensive venture.

Lake Waikaremoana, as one of the least popular of the Great Walks, is one of the cheapest. A night in a hut on the Millford Track costs above $50, and there are rumours of an entry fee for the walk itself. While the DOC huts and campsites are generally well-maintained, even in the most remote places, and there is an obvious cost involved, both on the Great Walks and elsewhere, it seems a shame that backpackers, whom the New Zealand government is going out of its way to attract, are being priced out of some of the country’s prize attractions.

That said, we would thoroughly recommend the full Lake Waikaremoana track, as much for the serenity of the lakeside campsites as for the walk itself.